“I can’t believe it … you’re in Paris for two weeks and you already have a boyfriend,” my sister said on the phone to me last night. She was exaggerating, for sure.

It’s true, Mr. Cupid and I had our second date this week, and there was no kiss on the lips, despite the many obvious ins I gave him. And while this lack of progress would normally drive me insane in the U.S., it’s just how things are here, I guess.

After our fairly stellar first date, Mr. Cupid quickly followed up to make a second. In the first 48 hours alone, there were some sweet “Hey, hope things are going well!” texts and emails. It’s a bit sad that I was bowled over by the fact that he called, yes called, to ask me out again. I’m so used to lazy NYC douches who can’t pick up the phone.

Mr. Cupid instructed me to pick a restaurant, since he still felt so bad about the weird and kind of awful one we ended up at last time. Eeee! This is like grown-up dating with real meals and everything! I might even wear heels!

I ended up (after much stressful and exhaustive research) picking a standard bistro in the Marais I’ve been to a few times. I just hoped it wouldn’t be too, too expensive. 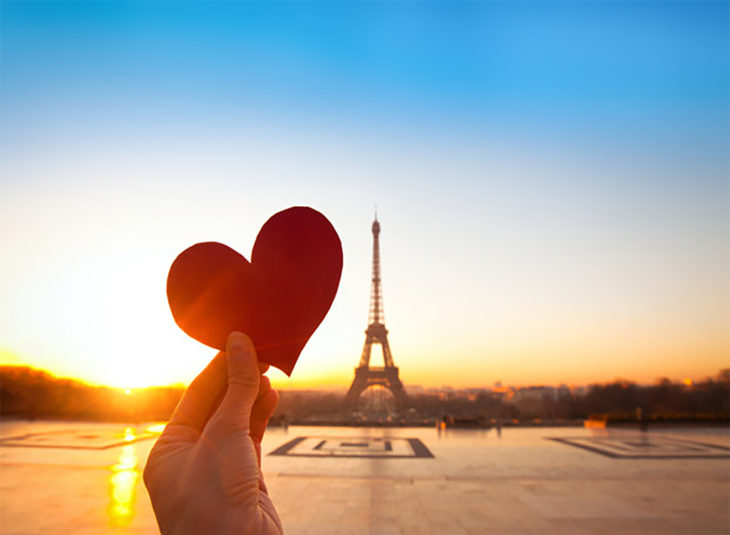 When I arrived (late, and in a fluster—typical), Mr. Cupid had just gotten our table and exuded a calmness and hospitality that made me squeal girlishly inside as he waited first for me to sit (while I smoothed away my sweaty bangs). While second date conversation typically freaks me out, things went smoothly, following the same pattern of our last date: 45 minutes in French, the next few hours in English. (Gotta get better at this.)

I was certain things were going well … between sentences he would stare at me intensely in a searching type of way. Not as if he wanted to seduce me, but more like he was “taking in my beauty,” or, um, something. I suppose I imagined his inner dialogue in those pauses to go something like, Whooo iz zis beautiful girl I sit wiiith? Oh how sheee iz so jolie. OK, so, probably not the case, but the tension began to mount in those moments. When the check came, however, things got a bit weird. The bill ended up being more than I had expected, so I willingly pulled out my wallet to pay my half. It seemed natural, but he insisted I put my money away.

“Wow, are you sure? No, let me pitch in. I picked this place,” I insisted.

That’s when some cultural rupture happened because Mr. Cupid seemed pissed. “Well … you know, maybe I’m not nice guy, you know? Maybe I am some big #&@$%, like Manhattan men.” Ah! That wasn’t what I meant! Did I just ruin things?

I became convinced later on that I had indeed messed up everything … even though we went for a post-dinner drink and ended the date by wandering the deserted yet oh-so-romantic Place des Vosges (again, prime kissing time), he did a double-cheek kiss goodbye, albeit a bit more tender this time. No second date kiss? 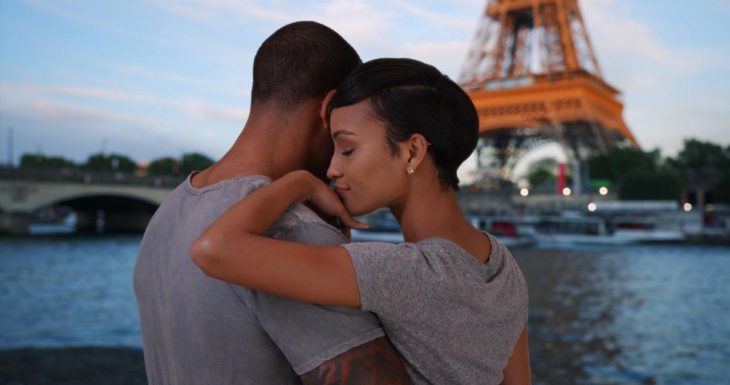 I considered the kiss issue as I walked home. If in France sucking face is way more serious and a sign of wanting to initiate a relationship, maybe it was a good thing we hadn’t … maybe he just wanted to take things slowly and be a gentleman. But then again, he could have just lost interest.

Ack! My brain was amok over the issue until 9 p.m. the next night when I got a text from him: “Coucou! Hope your day went well.” Phew … OK, Mr. Cupid likes me. Total confirmation came the day after when I got a call (love the call!) from him on the way back from his business trip just to talk a bit. I was so thrown off by this that I filled up my awkwardness with one-sided ramblings about nothing for 10 minutes, wondering what Mr. Cupid’s facial expressions were as I blabbed.

We have tentative vague plans to meet up tomorrow—both of our groups of friends are going out on the town near the Bastille, a prime party area. Meaning maybe running into each other with less formality. And a bit of alcohol could help speed things along … third time’s a charm, right?

P.S. Have to admit, I wonder if Mr. Cupid is reading this now. Googling me leads a pretty easy path to this here website, but: a) I’m not sure guys in Paris would “Google” their dates; and b) if they do, it’s possible they’d never be so bold as to confess to it. But he should know that while I like to write about my life, it’s a one-sided view that treats me as the main character, and that I prefer to disclose nice, anonymous, and non-threatening information about my experiences. Just sayin’—I’ve been burned by the internet before, and I’d rather not eff things up with someone I like.